Three weeks after we left the boat in Brunswick GA, we went back down to continue the journey North.    I felt pretty good about the research and preparation.  In retrospect, the plan may have been a little aggressive for our first time doing this ourselves.  The same could be said for our whole plan I guess.  Some of the planned firsts included the following.

The night before we left, we moved the boat from our slip to the fuel dock to take on diesel.  There was a pretty good wind blowing away from the dock, so we had to make several passes to land the boat, and drew a small crowd to watch in amusement.  The last weather check showed waves in the 2-5 ft range, visibility on the lower end of OK, and no rain.  Going outside, rather than taking the ICW up Georgia would save us 40+ miles, plus avoid some of the notoriously shallow areas like “Hell’s Gate”.

The day started pretty well.  Leaving Brunswick, visibility was good, and there was a very scenic bridge to mark the start of our first trip on our own. 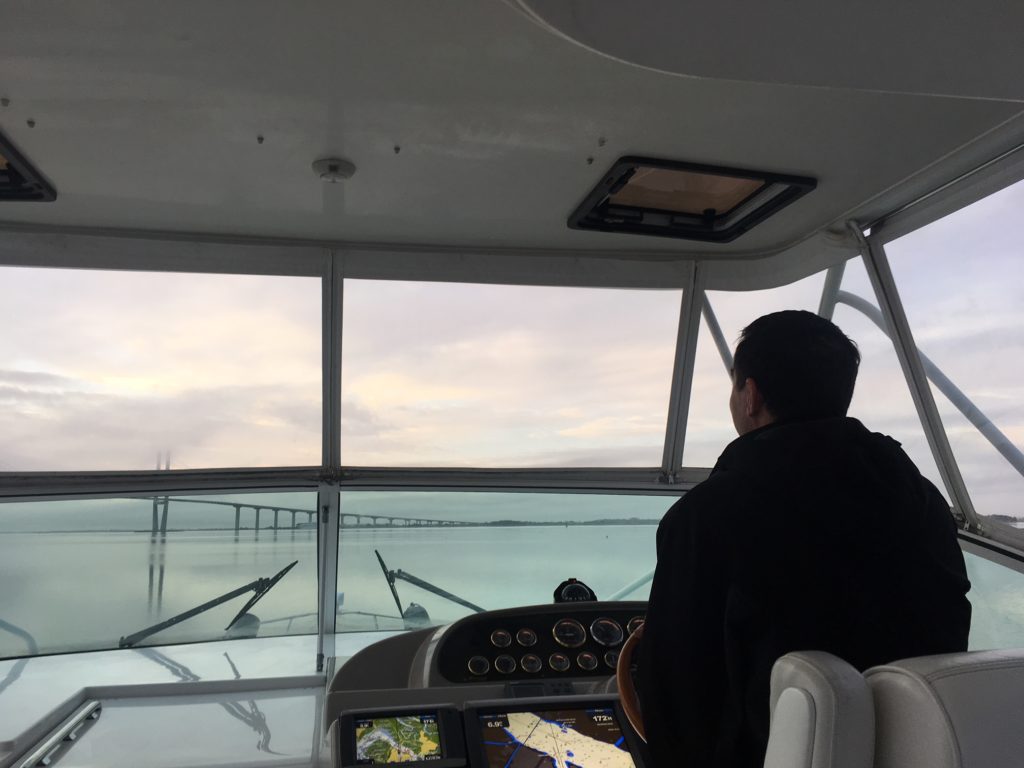 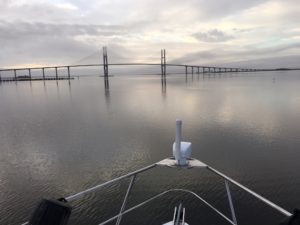 Leaving out of the St Simmons inlet the waves seemed bigger than expected and were right on our bow.  Visibility also started to deteriorate.  We weren’t overly concerned, because it was still early in the morning and we believed it would burn off.  Soon I was navigating strictly via instruments; chartplotter, radar, depth finder.  The waves were coming 90 degrees into our starboard side, and starting to make the crew a little seasick. 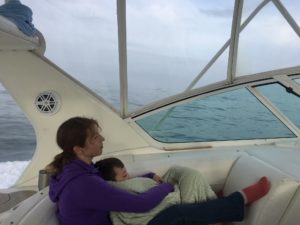 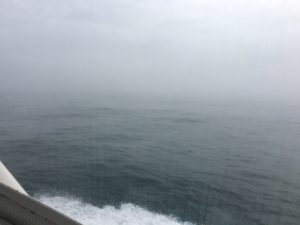 Other than seasickness from Matthew and Melissa, and low visibility, things were going OK.  We made good time, going about 22 mph, or close to 20 knots, and staying 3-5 miles offshore.  We saw one fishing vessel, but otherwise very little boat traffic.  I was extremely nervous about passing by Savannah in the dense fog.  Savannah is one of the busiest ocean container shipping ports in the country.  I have visited the port several times in my supply chain career, and it is also perhaps the best run port in the US (Great work Griff and Cliff!).  My comfort with radar was not high enough to make me feel good about crossing paths with a huge container ship in the fog.  Through either dumb luck, or good timing, we passed by Savannah without any interaction with another vessel.

I had plotted several inlets that we could take to get back to the ICW we choose to head in at the Port Royal inlet just past Hilton Head Island, which made for about 75 miles in the Atlantic.  Coming in the channel, we had following waves that felt 6+ feet and woke up the crew that were trying to sleep off seasickness.  After about an hour of traveling through the soupy fog, we found an anchorage recommended by the Waterway Guide in the Bull River.

Anchoring for the first time overnight was a little nerve racking.  The tide driven current was pretty strong, and would reverse itself overnight.  We felt good that the anchor would hold until the tide reversed, but that would be the middle of the night.  I got up several times overnight to check our position relative to the couple of the lights we could see in the distance.  After the tide changed we turned 180 degrees, but we seemed to be in relatively the same position.  All in all, it was a nerve racking, but successful first day moving the boat by ourselves. 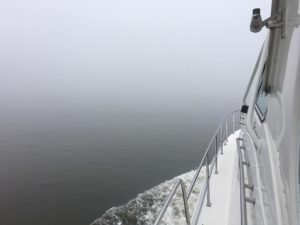 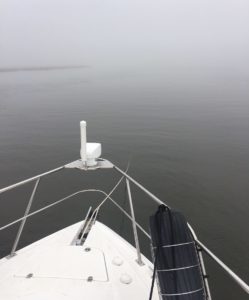 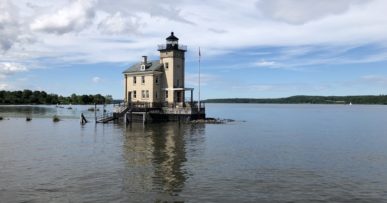 Up the Hudson, Upstate NY 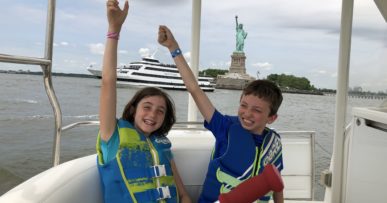